Although it is not certain when, I feel that young people all over the world should know that someone who would be younger than me if she were still alive is going to be BEATIFIED. The story of Chiara Luce Badano is very ordinary and yet extremely exceptional. Look at these dates:

Now, a photo, of Venerable Chiara 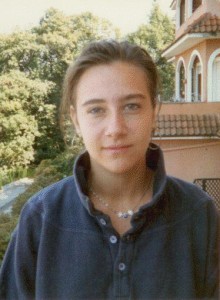 I’m not going to explain her story here. You’ll have to do some more searching on your own to find out why she is noted for sanctity.

If you know Italian, listen to her parents talk about her on this TV program: A Sua Immagine